Want to Join Our Team?

Click to learn more about how we can serve your group!

Some Tips for You

Learn more about chartering a bus!

Since its inception, the people behind the Anderson organization have shown a commitment to excellence in the industry and to making the community where we all live a better place. 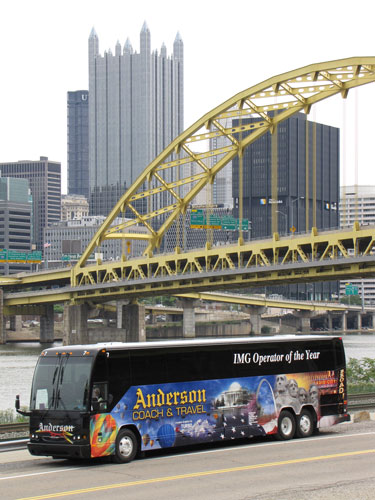 Over the decades, the company has won numerous accolades. These include:

Following the example of our founders Dot and O.D., the Anderson company and its associates do their part to help others in our community.

Get a Quick Charter Bus Quote

Provide us with some information about your group and destination and receive a quote from a member of our team! It's that simple!
Quick Quote